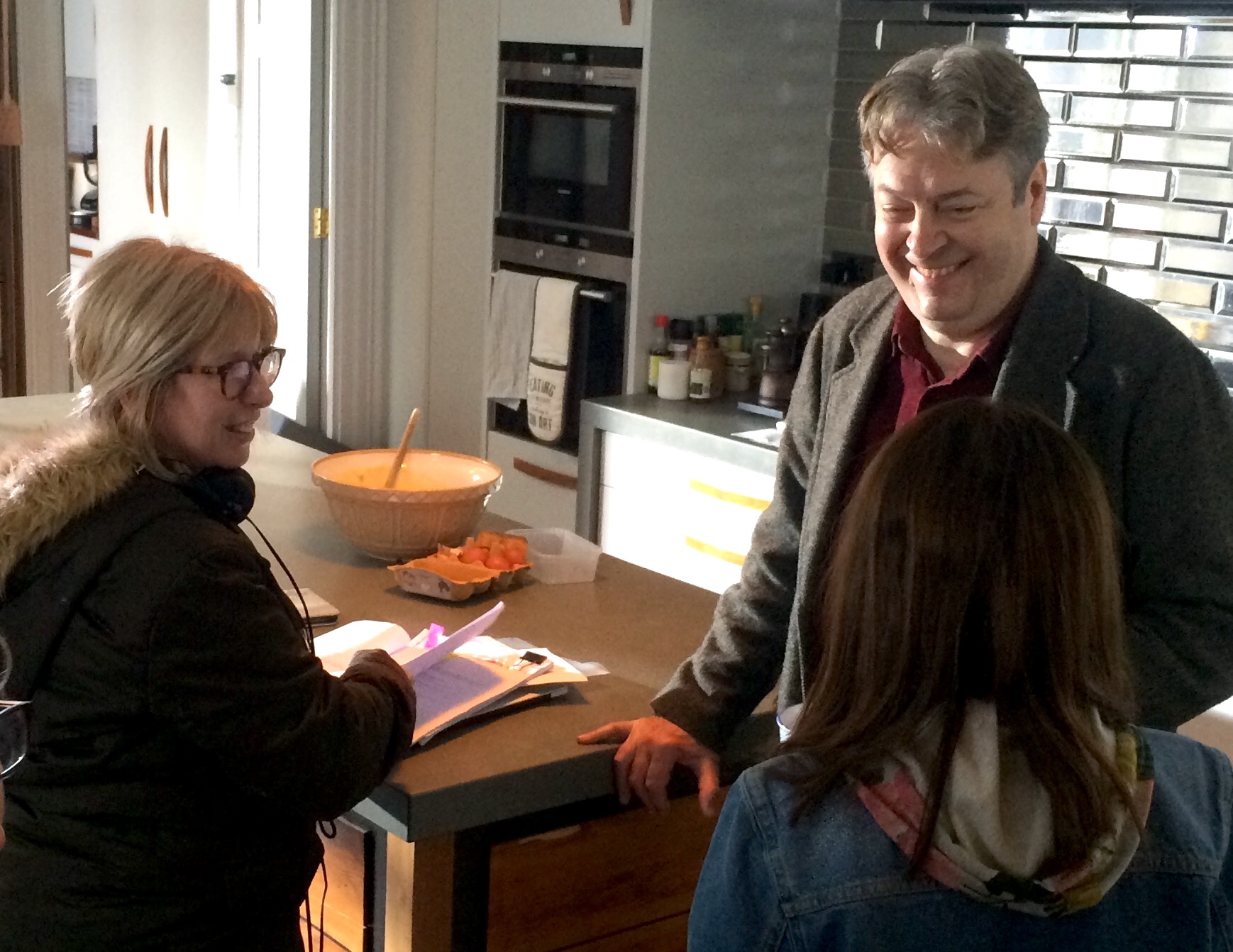 I’m a Writer-Director working in comedy, genre and drama. I am passionate about making cinematic films driven by misfits and maybe that’s because I am one. Half Egyptian-Maltese, half UK, I was born in New Zealand and as a child lived in Indonesia, India, Switzerland and the UK.

I originally trained as an actress at Guildhall School of Music and Drama with a BP Scholarship and then toured across Canada with my own theatre company. A few years later I went on to spend the summer studying filmmaking at Tisch School of the Arts, NYU, on a William and Eva Fox Fellowship.

My short films have been selected for many awards and I was fortunate enough to be mentored by Gurinder Chadha for a year on the Guiding Lights scheme, but really the biggest prize of all is to be making BLUE, my first feature film.

BLUE, produced by Adam Gregory Smith of Hidden Art Films, has been filmed in Frome, London and Mexico City and is now in post-production. I’m a huge fan of Gemma Jones (Marvellous, Bridget Jones Diary, Rocketman) and it’s been a privilege to work with her. It’s also been inspiring working Rosie Allerhand, helping her realise the emotionally challenging role of Laura.

“A mother who has a difficult relationship with her stroppy seven year old, is devastated when she dies. All the mother wants to do is join her daughter up in the skies but when she attempts to kill herself, a stroppy poltergeist blows through their home.”

I’ve been a participant of BFI Network X BAFTA Crew and I’ve just been selected for BAFTA Connect. I’m very grateful for these schemes since they have greatly helped me make BLUE and I’m now prepping my second feature film, THREE DEGREES.

“A mother who has a difficult relationship with her stroppy young daughter, is devastated when she dies. All she wants to do is join her seven-year-old  up in the skies and when she tries to kill herself, a poltergeist storms through her home.”

DEVELOPMENT
Three Degrees – horror film – “A wannabe singer, who is haunted by her own three personalities, has to self-investigate when she suspects herself of murder.”
Kettled – romantic comedy drama tv pilot – “Two worlds collide when a female eco-protester is kettled by a male copper and it’s not only her who wants to cross the line.”
Deva is attached to direct Snowbirds set in Sicily, written by Sophie Dix and produced by Dog Eat Dog Films.