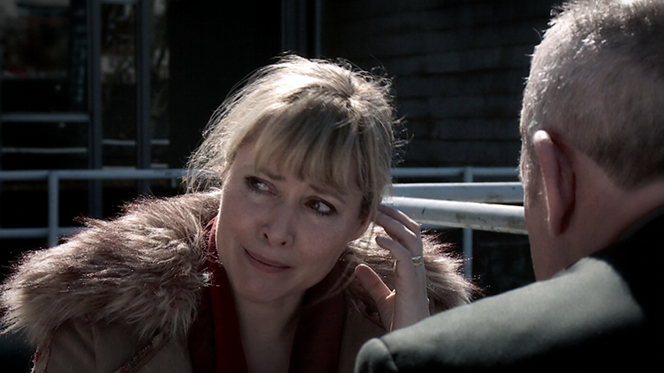 Premiered at the Mayor’s Thames Festival, projected on to the exterior wall of the Royal Festival Hall in September 2011 – highlighted in Time Out magazine’s no. 1 Pick of The Week and also screened in January 2012 at the London Short Film Festival.

Southbank Unseen is a series of four thought-provoking, visually dynamic and aurally arresting, documentary dramas that delve into perspectives of the world that we don’t normally see.

Southbank Unseen gives us an alternative view of the South Bank from the eyes and ears of four extraordinarily gifted individuals; Carolyn Findlay a clairvoyant; Peter Bleksley, a surveillance detective; John Hutchinson a twelve-year-old on the high end of the autistic spectrum; and in the fourth film Prof. Geraint Rees, director of the UCL Institute of Cognitive Neuroscience enlightens us on the three perspectives, from his perspective as a neuroscientist.

The films can be screened individually or as a series.

Geraint Rees, Director of the UCL Institute of Cognitive Neuroscience, on Southbank Unseen
Geraint Rees as himself

History
Shot on location on the Southbank, London.
The sound was re-recorded at Twickenham Film Studios.